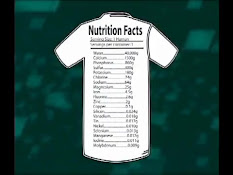 MOLYBDENUM -
Is a little-known, though essential trace mineral instrumental in regulating pH balance in the body. For each pH point increase (e.g. 6.1-6.2), the oxygen level is increased ten times, thus increasing the metabolism and enhancing the body's ability to burn fat. Although very small amounts are needed, molybdenum is a vital part of three important enzyme systems and is necessary for the proper function of certain enzyme-dependent processes, including the metabolizing of iron. When the iron stored in the liver is freed, it can then carry oxygen to body cells and tissue. Molybdenum works in conjunction with the enzyme systems to help eliminate toxic nitrogen waste by turning it into uric acid. The uric acid then can be converted and more easily flushed oout of the system. It promotoes general well being, aids in carbohydrate metabolism, has proven itself useful in MSG or other chemical sensitivities, increases libido and may enhance the effect of flourine in tooth decay prevention. It also induces sleep! Because of molybdenum's ability to raise the body's pH, it may be beneficial in the treatment of cancer, viruses & parasites. There is no recommended dietary allowance (RDA) establish for this important mineral, but it is considered safe up to 15 mg. per day.
Indications of insufficient molybdenum may be: acne, e. coli, AIDS, eczema, allergies, epstein barr virus, anemia, gout, anthrax, gulf war syndrome, asthma, hepatitis c, athlete's foot, herpes simplex, bell's palsy, impotency, bladder infection, insomnia, cancer, liver damage-cirrhosis, candidiasis, lupus, canker sores, lyme's disease, cavities, multiple sclerosis, obesity, colds/flu, parasites, depression, prostate infection, diabetes & ringworm.
PLATINUM -
Platinum is used in the treatment of cancer and as a base in some of the chemotherapeutic treatments in conventional hospitals. In a chemical which is man made, not in it's natural form, it can be toxic &  ineffective. In the early 1970's platinum was used in the dye in x-rays of women's breasts. Breast lumps reportedly began shrinking and even disappeared after use of the dye. Many believed the platinum in the dye was responsible for this. Since then, platinum dye has been replaced with radioactive dyes! Platinum may be effective in killing disease caused by bacteria, fungus, viruses and it can help to boost the immune system.
Indications of insufficient platinum may be: bad circulation, insomnia, bluish tint to skin, intestinal pain, chronic fatigue syndrome, muscle weakness, diabetes, oppressive breathing, earaches, pain in the eyes, edema, prolapsed uterus, headaches, swollen gland, heart palpitations, tissue anemia, hypertension & water rentention.
Posted by Herbmama at 8:15 AM
Email ThisBlogThis!Share to TwitterShare to FacebookShare to Pinterest