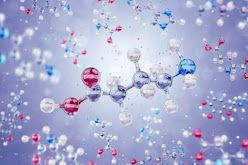 I have been seeing some information on this subject & thought it was very interesting, so I started researching and here we are!! Amino acids are the basic building blocks of our bodies and we all need them to function properly. They are organic compounds. The key elements are carbon, hydrogen, oxygen & nitrogen. About 500 naturally occurring amino acids are known about, though only 20 appear in the genetic code.

They are often referred to as the building blocks of proteins. Needed for vital processes such as building of proteins, synthesis of hormones & neuro-transmitters, tissue growth, energy production, immune function & nutrient absorption. The body needs 20 different amino acids to grow & function properly, although only 9 are classified as essential. The non-essential amino acids can be made by the body.

The 9 essential amino acids that can not be produced by the body are: histidine, isoleucine, leucine, lysine, methionine, phenylalanine, threonine, valine & tryptophan.

Posted by Herbmama at 9:23 AM No comments:
Email ThisBlogThis!Share to TwitterShare to FacebookShare to Pinterest 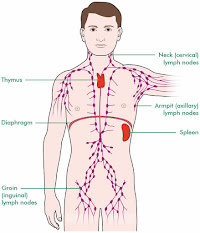 Since this system is vast & complex, there are many signs and/or symptoms to possible lymphatic system disorders. Being self aware & conscious of this, doing preventative things & incorporating many types of treatments in our daily lives, to help activate it and to help detoxify it, knowing there are natural treatments to help keep this system running at it's greatest potential!!
In this first part I include lots of signs & symptoms of a backed up, sluggish or infected lymphatic system. In part 2 is a more detailed explanation of the whole system & how to get it back on track. It's a vital system to staying healthy!!!

Signs your lymphatic system is backed up: Headaches. Brain fog. Swollen lymph nodes or tonsils. Lack of energy. Recurrent sore throats. Mucous in the morning. Mucous drainage, especially after dairy or flour. Fluid back up in the ear, especially in children. Ear popping and ear ringing. Reduced ability to fight infections (frequent colds or flu). Constipation or sluggish bowel function. Unable to lose weight (toxins play a part in holding onto weight). Soreness or stiffness in the morning. Bloating, swelling or heaviness in extremities. Arm or hands fall asleep while sleeping. Pain, pressure or stiffness along your spine & shoulders. Sore breasts or breast swelling with your menstrual cycle. Itchy skin. Acne, dry skin & other skin issues. 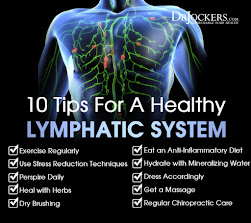 This vast & complicated system contains over 600 lymph nodes. It's made up of glands, lymph nodes, spleen, thymus gland & the tonsils. It is vital for both tissue repair & to help control inflammation in most organs of the body. The lymphatic system contains white blood cells called lymphocytes which fight infections by producing proteins that capture & fight invaders such as viruses or microbes. Improper drainage can cause impaired immune system or even tumors in the nodes. Even fluid in the eyes is lymphatic fluid. The cleaner you are on the inside, the brighter & clearer your eyes are!!

Lymph nodes are small bean-shaped structures located along the lymphatic vessels. The vessels connect to each other in lymphatic chains throughout the body much like blood vessels. Lymph is responsible for draining fluid from the tissues & transporting it to the lymph nodes which then destroy the bacteria & other harmful substances. After the fluid is cleaned, it flows back to the main vein, called the superior vena cava where it enters the blood stream. The normal size of a lymph node is less than 1 cm in diameter. A healthy lymphatic system can fight off 80% of chronic diseases such as cancer, heart disease & arthritis. It doesn't have a pump like the circulatory system, it requires movement to function properly!

Lymphadenitis is termed when you feel swollen, tender or painful lymph nodes & is usually a sign of bacterial infection somewhere in the body. As long as the infection hasn't spread to more lymph nodes, the 1st line of defense is antibiotics or analgesics. In some cases surgery might have to be done to drain the node. Caught right away, most invasive treatments can be avoided. They are located in the neck area, around the tonsils. Under the armpits, elbow. Around the outer parts of the breasts and in the chest area. There are also ones located above the genitals. Among other areas of the body.

Ways to help activate the lymphatic system: 1) rebounding or jumping on a mini trampoline 2) working up a sweat through exercise or a sauna 3) inversion unit or a slant board 4) reflexology points located at the bottom of breast bone/sternum helps to stimulate lymphatic drainage 5) Epsom salt baths 6) dry brushing 7) lymphatic massage.
Posted by Herbmama at 9:17 AM No comments:
Email ThisBlogThis!Share to TwitterShare to FacebookShare to Pinterest 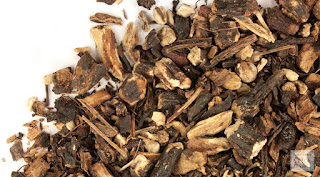 In Japan, the roots & leaves of this ancient healing plant have been used for over 2,000 years. It was originally called "knitbone" or "warrior plant".

Comfrey's main components are allantoin & rosmarinic acid. Now allantoin boosts growth of new skin cells while rosmarinic acid relieves pain & inflammation! This powerful healing herb is NOT to be taken internally, as it can pose a risk to the liver & can be carcinogenic. BUT it is awesome for external use as many still make creams, ointments, balms, etc. from it!!!

One has to be cautious of using comfrey on deep open wounds as it heals so quickly! It is such an excellent and speedy wound-healing remedy that it actually should not be used on deep wounds or lacerations. It could potentially heal the top layer of skin before the bottom layer, resulting in an abscess. So please do avoid comfrey for major skin wounds, and use it only for bruises, sprains and minor cuts and scratches.

It contains properties to increase cell division which makes it heal broken bones quickly & restore damaged tissue faster than any other plant.

Comfrey is a great addition to Herbmama's Balm!!
Posted by Herbmama at 8:37 AM No comments:
Email ThisBlogThis!Share to TwitterShare to FacebookShare to Pinterest 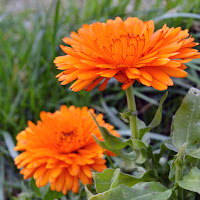 This bright & beautiful flower is rich in medicinal compounds and is believed to originate in Egypt! ?When the petals are combined with a carrier oil, that oil becomes an infusion. It's uses are endless...gentle yet powerful.

Calendula protects against bacteria. It's one of THE best against inflammation! So many ways to incorporate it into your daily life. Use in creams, oils, infusions, gels, compresses, tinctures. It's gentle enough for babies and the elderly as well. It is amazing for skin issues & more!!

With so many good things to say about this powerfully gentle herb, why wouldn't you want to have it in your 'medicine' cabinet!!!

A prime ingredient in the Herbmama's Balm!!!
Posted by Herbmama at 8:07 AM No comments:
Email ThisBlogThis!Share to TwitterShare to FacebookShare to Pinterest 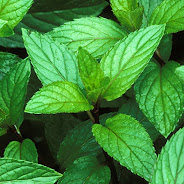 Known since antiquity for it's distinctive aroma & medicinal value. It's actually a hybrid mint -- a cross between water mint & spearmint. Peppermint is one of the most popular herbs in the food industry. One can grow it easily in moderate climates, but beware -- it's very invasive!!

*Improves digestion when consumed after meals.

*Mild tea can be added to bath to gently bring down a fever.

*A cup of strong tea in a bath can help relax muscles.

*Enhances memory & helps to increase alertness.
*Anti-microbial activity. Helps to clean the gut.
The oil & the herb are the go to's for gut health & IBS
Posted by Herbmama at 10:45 AM No comments:
Email ThisBlogThis!Share to TwitterShare to FacebookShare to Pinterest 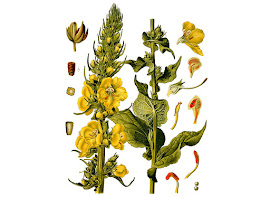 Mullein has been around for a millennia and there are over 300 different species. It is a biennial or perennial that is native to northern temperate regions, especially eastern Eurasia. It can be ingested, applied topically & even smoked.

The leaves, flowers & roots are used medicinally for the treatment of various inflammatory diseases such as asthma, coughs & other lung ailments. It helps to fight influenza, herpes, respiratory infections & upper airway infections. It can help treat ear infections. It can calm bursitis by applying a poultice or even a cloth soaked in a tea. Mullein can help ease respiratory illnesses, bronchitis, dry coughs, sore throats, tonsillitis. The leaves contain an extract with a powerful antioxidant & anti-inflammatory which can help rid the body of mucus. It can help to sooth raw & inflamed tissues.

Mullein contains flavonoids, saponins, tannins, terpenoids, glycosides, carbohydrates, proteins, fats & oils. It's approximately 3% mucilage which has a soothing effect on the body's mucus membranes. The saponins are believed to be responsible for it's expectorant actions.

Smoking mullein is one of the least effective ways of using mullein's beneficial properties.

It's not recommended for nursing or pregnant women. It's been known to inhibit the effectiveness of anti-diabetic drugs. Mullen can intensify the effects of muscle relaxants & lithium. Never consume the seeds as they contain high levels of rotenone which may cause severe cramping, diarrhea, convulsions & vomiting. Use with caution if taking diuretics, anti-platelets, ibuprofen, naproxen & blood thinners.

Mullein oil is great for earaches in children & adults alike. To make the mullein oil you take 1 cup of mullen & 1/2 cup of olive oil. Either do a cool infusion or a heated one. Cool & strain. Place cooled drops in affected ear.

Mullein tincture: 1/4 - 3/4 tsp. 3-4 times daily.
Posted by Herbmama at 10:17 AM No comments:
Email ThisBlogThis!Share to TwitterShare to FacebookShare to Pinterest 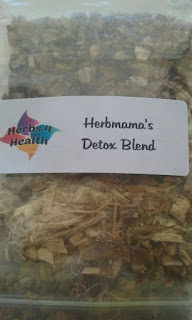 Just 4 simple ingredients in this tonic, but each one works synergistically with the other to make a very potent tonic that can help with many health issues. There's a reason it's been around for decades! It's the same as the infamous Essiac, but because of copyright laws, I can't name it that. Another big difference is the amounts of each herb in this awesome blend!!

Rhubarb:
Highly used in TCM. Has a true cleansing action on the 'gut'...removing debris & having antiseptic qualities. Blood purifier. Has a reputation for effectiveness against chronic liver problems. High in vitamins A, B complex, & C. Rich in the minerals calcium, iron, copper, iodine, potassium, sulphur & zinc.


Posted by Herbmama at 9:30 AM No comments:
Email ThisBlogThis!Share to TwitterShare to FacebookShare to Pinterest
Newer Posts Older Posts Home
Subscribe to: Posts (Atom)