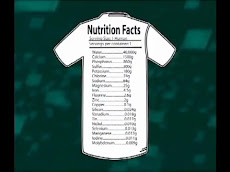 SILICON -
Silicon is essential in the formation of bone & joint cartilage and in the health of nerve tissue. But silicon levels tend to decline a we get older. A long overlooked fact is that silicon reduces the accumulation of aluminum as researchers have established. When researchers added silicon to aluminum-laced water supplies, the silicon prevented the aluminum from being absorbed. Silicon also caused an increase in the excretion of aluminum in the urine & lowered the aluminum concentrations in the brain, liver, bone, spleen & kidneys. It has been shown to play a very important part in the maintenance of energy. It is a known fact that if one mineral is low, many more in the body are also low!

SILVER -
Silver is necessary for the immune system to function as it should. Silver has been used for thousands of years for health care. It is believed that silver is a systemic disinfectant and works like a secondary immune system. Since silver kills only bacteria that is anaerobic or nitrogen breathing, the friendly bacteria in the digestive tract are immune to it due to the fact that they are oxygen breathing (aerobic) Silver can also neutralize sodium flouride poisoning. Silver, in the ionic form, is known to kill more than 640 bacterial, fungal & viral infections. When man began to manufacture antibiotics, clinical uses for silver as an antibiotic were discarded when the pharmaceutical industry came on the scene and took over medicine with their chemical drugs. Happily silver is now being discovered as the healthiest antibiotic, antiviral, antifungal treatment as well as immune strenghtener because it is a non-mutating antibiotic.

SODIUM -
Sodium regulates fluid balance by controlling the flow of liquids in and out of each cell, sparks nerve impulses, helps the body to process and digest proteins & carbohydrates. Sodium chloride is essential for life. Most people think of table salt as sodium chloride when in reality -- in the processing of today's common table salt -- sodium chloride is processed out and all that's left are toxic chemicals. Hence the reason your doctor, without understanding sodium chloride, might tell you to stop salt intake. Sea salt, when processed properly contains sodium chloride. Sodium & chloride are principal in the fluids outside of cells which includes blood plasma. As such, they play critical roles in a number of life-sustaining processes of the body! Absorption of sodium in the small intestine plays an important role in the absorption of chloride, amino acids, glucose & water. Chloride is also an essential component of gastric juice, which aids the digestion and absorption of many nutrients.