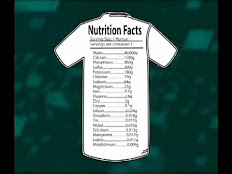 IRON -
Iron attracts oxygen and builds blood creating energy in the body. Along with maganese and copper, it is necessary for healthy blood chemistry and is essential for recovery from illness. It is stored in the blood, bone marrow, liver & spleen, with trace amounts in every organ. Iron is one of the most common deficiencies in men as well as women, although women require more iron than men because of their menstrual cycle. Without sufficient iron, the body cannot manufacture enough new hemoglobin, which is the red cell protein that transports oxygen in the blood. Iron helps the body rid itself of carbon dioxide and keeps liver tissue soft. It combines with other nutrients to produce vital blood proteins and is involved in food metabolism, digestion, elimination, circulation and helps regulate blood pressure. Iron needs the help of vit. C to improve iron absorption.

LITHIUM -
Lithium is one of the better known and studied trace mineral that is useful in treating alcoholism, manic depression and mental instability. Lithium has been known to have serious side effects.

MAGNESIUM -
Magnesium is a natural tranquilizer & it alone is responsible for over 300 functions in the body. Known as an "anti-stress mineral", it aids in relaxing nerves, relieving tension, assisting digestion, activating enzymes important for protein and carbohydrate metabolism and modulating the electrical impulses across all cell membranes. Magnesium is important in the production and transfer of energy, muscle contraction/relaxation and nerve conduction. It also aids regularity, it's necessary to keep vertebrae in their proper position, induces restful sleep, purifies and purges body tissues (combats acids, toxins, gases, impurities and neutralizes poisons) and lowers fever. It's stored in the bowel, nerves and ligaments. Chlorophyll and green vegetables contain large amounts of magnesium.

MANGANESE -
Maganese, the "brain mineral" is important in the utilization of all mental functions/facilities. It aids health memory and other brain and nerve impulses. Though only found in trace amounts in the body, good health is impossible without it. It increases resistance and recuperative ability and, like iron, aids in oxygen transfer from lungs to cells. Manganese strengthens tendons, tissues, ligaments and linings in & outside of organs. If the human body is well supplied with manganese, various tissues, cells and nerves are kept elasticized and strong. It makes up part of a molecule which is used to form collagen, the strong fibrous connective material that builds tissue, bone & cartilage. This mesh of collagen is the franework on which calcium, magnesium and other bone hardening minerals are deposited. Deficiency of manganese is prevalent in deafness due to damage of the cartilage of the ear. Manganese has a positive effect on the libido by increasing energy levels and the brain's ability to send and receive messages. It also helps the reproductive organs to work properly because of it's effect on tissues and nerves. Production of sex hormones is aided by manganese. It can help reduce menstrual cramps and pms. Manganese is stored half in the bones and the reminder in the liver, pancreas, pituitary gland and kidneys.


Posted by Herbmama at 1:34 PM
Email ThisBlogThis!Share to TwitterShare to FacebookShare to Pinterest